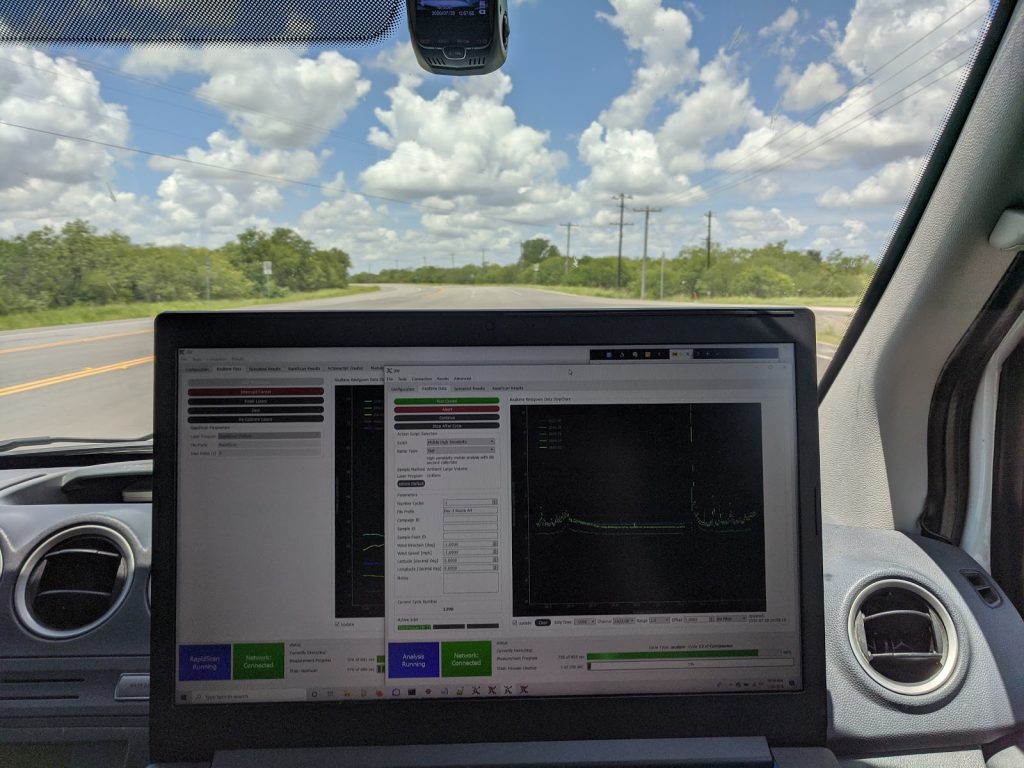 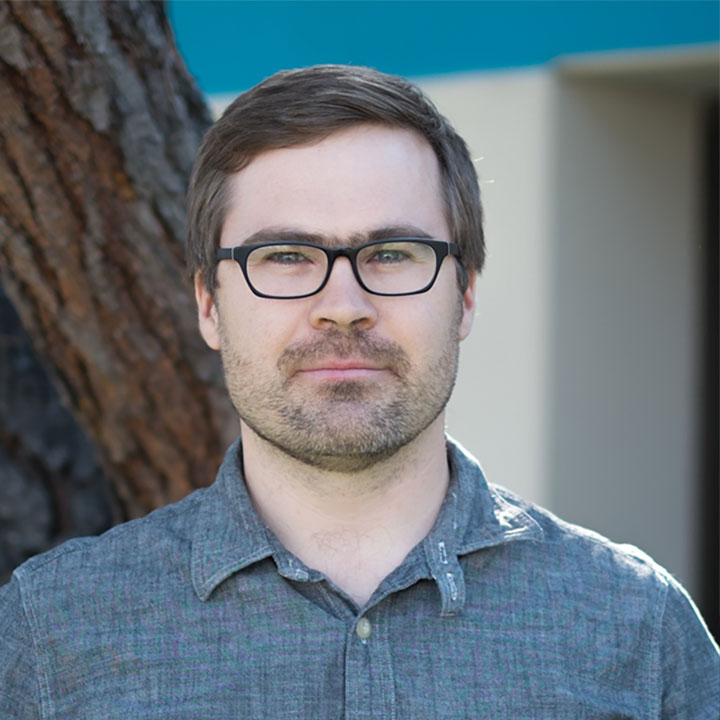 This summer has been particularly hectic for public health investigators around the world. Their diligent efforts to trace, understand, and work on containing the unprecedented global health pandemic have taken countless hours. However, while this threat still looms large, other public health threats continue to persist that require diligence and attention as well. One such major threat to urban regions is ground-level ozone, which is where the Entanglement Technologies team comes into play.

Ozone is a colorless, highly irritating gas. When in the upper atmosphere, ozone is an extremely important blanket layer which absorbs much of the sun’s ultraviolet (UV) radiation. However, when ozone is present at ground-level, it damages cells in the lungs, aggravating asthma, chronic lung disease and a variety of other respiratory illnesses. It is considered a “secondary” pollutant since it is produced when two “primary” pollutants react in sunlight. The primary precursors of ground level ozone are nitrogen oxides (NOx) and volatile organic compounds (VOCs).  Ground-level ozone has an enormous health impact. By some estimates, it will be responsible for $580 billion in increased health costs and 2 million premature deaths by 2050.

Recently, the Entanglement team spent 10 days in the field in San Antonio, Texas, in order to help the city better understand the sources of ground-level ozone’s primary precursors, NOx and VOCs. This type of data is especially useful for regulators and air-monitoring agencies of counties designated with nonattainment status by the EPA. By way of the Clean Air Act, the EPA is required to set National Ambient Air Quality Standards (NAAQS) for criteria pollutants, one of which is ground-level ozone. Currently, ozone standards for attainment status are set at below 70 parts per billion (ppb), and the EPA has recently proposed to maintain this level through 2025.

In the case of our work in San Antonio, the San Antonio Metropolitan Health District commissioned the Entanglement team and mobile lab to survey, map, and quantify ground-level ozone precursors around Bexar County, Texas – an area representative of over 1,200 square miles.

During our study, each day was spent with two members of the Entanglement team driving a route to transect the area around Bexar county, covering approximately 300 miles of terrain every day. Each trip was carefully planned in order to drive up- and down-wind of important features and installations in that day’s sub-region of Bexar county, so that we could estimate emissions from each “pie-slice” around San Antonio (see below).

By the end of our deployment, we had collected 3,000 miles worth of data that will help inform crucial public health decisions in the region for years to come.

Understanding from Sources to Measurements

Understanding the specific sources of ground-level ozone in the area could help protect and improve public health and reduce loss of life.

Unlike emergency response deployments, which are focused on hunting for narrow plumes of pollutants from individual sources, our goal for this survey was to characterize the emissions from a number of sources throughout an entire region. Using standard instrumentation, this would have been extremely difficult. Typical speciated VOC measurements require instruments such as GC-MS and GC-FIDs, which have been historically limited to in-lab operations. Recently, field GC-MS instruments have become available, but are difficult to use and acquire good data with, especially when on the move in a large survey such as this. Fortunately, large-scale, geographical studies are now possible due to development of new analytical techniques such as our AROMA, which allows speciated VOC data to be gathered in the field with minimal calibrations and method detection limits in the parts per trillion range.

Our mobile monitoring laboratory (see below), had two Entanglement AROMA-VOC instruments collecting interleaved data and providing continuous coverage over the course of each day’s drive. The analyzers are equipped with onboard GPS, which allowed our team to localize the data from the precision NOx analyzer that was also installed in the lab. At the same time, our team’s route and map was constantly updated from a stream of meteorological and traffic data in order to optimize the data collection process and its usefulness.

We selected times early in the morning, often starting before 5am, and late at night, sometimes until 2am, to collect the data during low-traffic times when the sun would not be causing photochemical reactions or significant updrafts. The closer to midday, the stronger the sun and the larger the updraft of warm air that occurs, diluting the concentrations of chemicals in the air and interfering with accurate pollution measurements.

The San Antonio area has been experiencing high concentrations of ground-level ozone, with estimates suggesting that ground-ozone related deaths could cost the city upwards of $170 million. Understanding the specific sources of ground-level ozone in the area could help protect and improve public health and reduce loss of life.

For our fieldwork in San Antonio, the Entanglement team leveraged several past, fixed-monitor studies in order to pre-identify the most likely potential sources of VOCs and NOx in the region surrounding San Antonio. From those sources, we created custom routes that started in the city and branched out each day in different directions, allowing us to fully map the region in a matter of days.

Each route was optimized the night before the drive to ensure we drove perpendicular to expected wind fields and to minimize traffic, which was already minimized significantly due to secondary effects of the global health pandemic.

The AROMA instruments were able to sample the air continuously for VOCs with method detection limits below 5 parts per trillion by volume. While the primary goal was to cover as much ground as possible, we were also able to investigate specific targets flagged for us as potential sources of VOCs and NOx.

Transforming from Snapshot to Insights

The 10 days of data collection allowed the Entanglement team to create an accurate map of VOC and NOx concentrations in counties around Bexar County. The mobile monitoring solution provided significant and numerous benefits over traditional fixed monitoring approaches.

A mobile analyzer collects data that would require hundreds of fixed stations to collect, each one costing more than a single mobile study.

First, the data collected by the AROMA contains a wealth of information which would not be cost-effective to collect with fixed monitors. A mobile analyzer collects data that would require hundreds of fixed stations to collect, each one costing more than a single mobile study. The ability to vary data collection spatially, rather than only temporally, greatly increases the capability of researchers and regulators when looking to assess trends in their regions.

On the other hand, the downside of a mobile campaign is that it only captures a snapshot in time. However, for the purposes of understanding the key sources of precursors that contribute to the formation of ground-level ozone in a municipality, a mobile survey like this can provide the data needed for regulatory decisions to be made much quicker and for a much larger region than feasible with fixed sites. Additionally, mobile studies can be repeated semi-annually for further increasing the usefulness of the data, and for modelling trends and any effects of regulatory decisions on the dispersion and concentrations of ground-level ozone’s primary constituents over longer time periods.

The Entanglement team is currently working to complete the analysis on the data from our 10-day mobile survey. These results will be detailed in a forthcoming white paper. In the meantime, we are exceptionally grateful to the San Antonio Metropolitan Health District for the opportunity to collect data in service of improving the public health.